On December 28 Mercury moved into Capricorn, joining Saturn, Pluto and Jupiter making 2020 and the new decade a bang of a beginning that as well includes the current influence of the Solar Eclipse in Capricorn followed by the upcoming Lunar Eclipse in the opposite sign of Cancer. Throughout the year are more significant rays from Saturn and Pluto as well as other specific celestial events but for right now this week there’s plenty to discus. On January 3 Mars transits into Sagittarius that’s a nice placement yet this vibration lasting until February 16 can scatter energy in a way that lessens focus and direction. There will be activation of more communication and almost an irritant to how formal matters are conducted. Schools and teaching institutions are in the glare of Mars and also fall under Capricorn influence. Throughout the world governments and leaders continue to be under the strong demands of nearly half the solar system that has created the impulse to rebirth and move through tedious and demanding Saturn’s call for diligence and pragmatism. The Second Quarter Moon in Aries on January 2 is a turn in the road that lasts a week and expects a new insight or purpose with decisions and any changes you make. 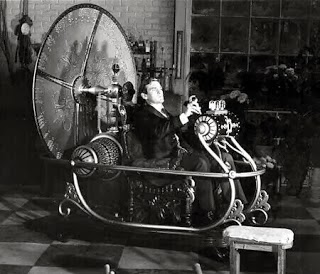 To read the rest of the column with daily information plus a message for each sign:

Posted by Sandra at 9:31 AM Links to this post

Posted by Sandra at 9:06 AM Links to this post 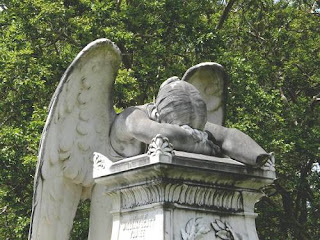 Being an opponent of animal abuse I posted a link regarding that in the Amish community that breeds and sells animals under terrible conditions. With all the stress and being overwhelmed by division and other concerns throughout the world we often lose ground with what really matters to us from the heart. For those concerned about animal welfare the link posted here is excellent and timely to refresh your sights toward what really matters. Much happens under the radar while being distracted by so much happening everyday. A way to ground and manage so that you stay connected to your priorities is to continue to network and no lose sight of your true spirit calling.

Posted by Sandra at 11:45 AM Links to this post

Don't Laugh at Me

This song has been reproduced by numerous artists. Timeless.

https://youtu.be/ziLiIPViM2E
Posted by Sandra at 11:27 AM Links to this post

Court for woman who tossed puppies at dumpter

God Bless all the innocent.

The woman who threw week old puppies in a plastic bag on the cement ground by a dumpster in April was in court and her attorney pleaded for her that puppies aren't people - wasn't exactly astute even if he believes that and obviously his client considers them garbage not worthy of even taking them to a shelter. It's horrible enough that people are that inhumane and brutal and more so that they have helpers and so many just look the other way. I always think of those crimes never caught and the fact that there's usually someone who knows about them and does nothing.

Posted by Sandra at 10:18 AM Links to this post

Such a Tangled Web

It’s a sad moment when someone is so desperate they try to mimic ones humor. Yet, there it is. This is one of a long line of crossed boundaries, envy and other negative behaviors.

Stalking is a behavior not a mental disorder. Where mental disorder does play a role in stalking, its contribution varies greatly depending on the nature of the symptoms experienced, the context in which they are experienced, and the role of other personal and environmental factors. Stalkers present with a wide variety of mental disorders, with psychosis often playing a role for those stalkers.

Dr. Paul E. Mullen, professor of psychiatry at Monash University in Australia, who runs a clinic that treats both stalkers and their victims, said that 70 percent of the victims suffered from a form of post-traumatic stress disorder, marked by chronic anxiety, depression and sleep disturbances. Nearly one in four victims has considered suicide, he said.

In addition to former boyfriends and husbands, stalkers include casual acquaintances, disgruntled employees and business associates, vengeful neighbors and total strangers, as well as former girlfriends and wives.

What prompts someone to stalk need not be as traumatic as a lost love or job. A retired couple reported being stalked by a business acquaintance after a minor disagreement. And a woman in her 70's was stalked by a woman of similar age for reasons she could never discern.

Rather than a disorder itself, stalking is a behavior that falls under the umbrella of symptoms for various disorders. According to a 2012 study published in the journal Aggression and Violent Behavior, “Motivations for stalking include a delusional belief in romantic destiny, a desire to reclaim a prior relationship, a sadistic urge to torment the victim, or a psychotic over-identification with the victim and the desire to replace him or her.” ” And stalkers can fall under a variety of diagnoses, including psychotic disorders; personality disorders, such as narcissistic personality disorder; and delusional disorders.

In a 2014 survey published by the Centers for Disease Control and Prevention, 80 percent of stalking survivors reported that they knew their stalker in some way. There’s also some evidence that stalkers are often men in their 30s, and their targets are frequently women in their late teens and early 20s—although not always. Other studies have found that anger and insecurity, often stemming from childhood, are also common among stalkers, as is impulsiveness.

Stalking is a form of abuse. Stranger and acquaintance stalkers’ behavior can be just as, if not more, persistent and damaging as that of former partners, even if it does not involve physical violence in as many cases. Delusional stalkers often don’t realize that what they’re doing is wrong. While their actions can be severely damaging and traumatic, they’re less likely to be physically violent than other kinds of stalkers. For one thing, they’re typically easier to spot than more insidious kinds of stalkers, as psychosis involves a break from reality and, often, unconventional behavior.

Posted by Sandra at 5:47 PM Links to this post

Sound Does Travel Faster than Light 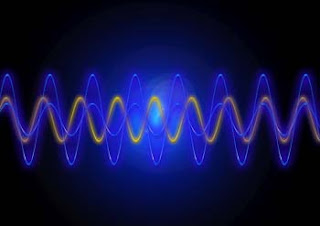 Each time I mention this I'm corrected with the (also) somewhat fact that light travels faster than sound. However, discoveries abound.

Scientists have experimentally demonstrated that sound pulses can travel at velocities faster than the speed of light, c. William Robertson’s team from Middle Tennessee State University also showed that the group velocity of sound waves can become infinite, and even negative.

Another link with information that light traveling faster than sound is a myth.

http://factmyth.com/factoids/sound-always-travels-slower-than-light/
Posted by Sandra at 10:25 AM Links to this post 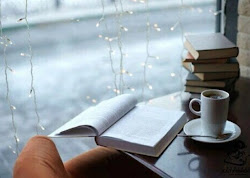